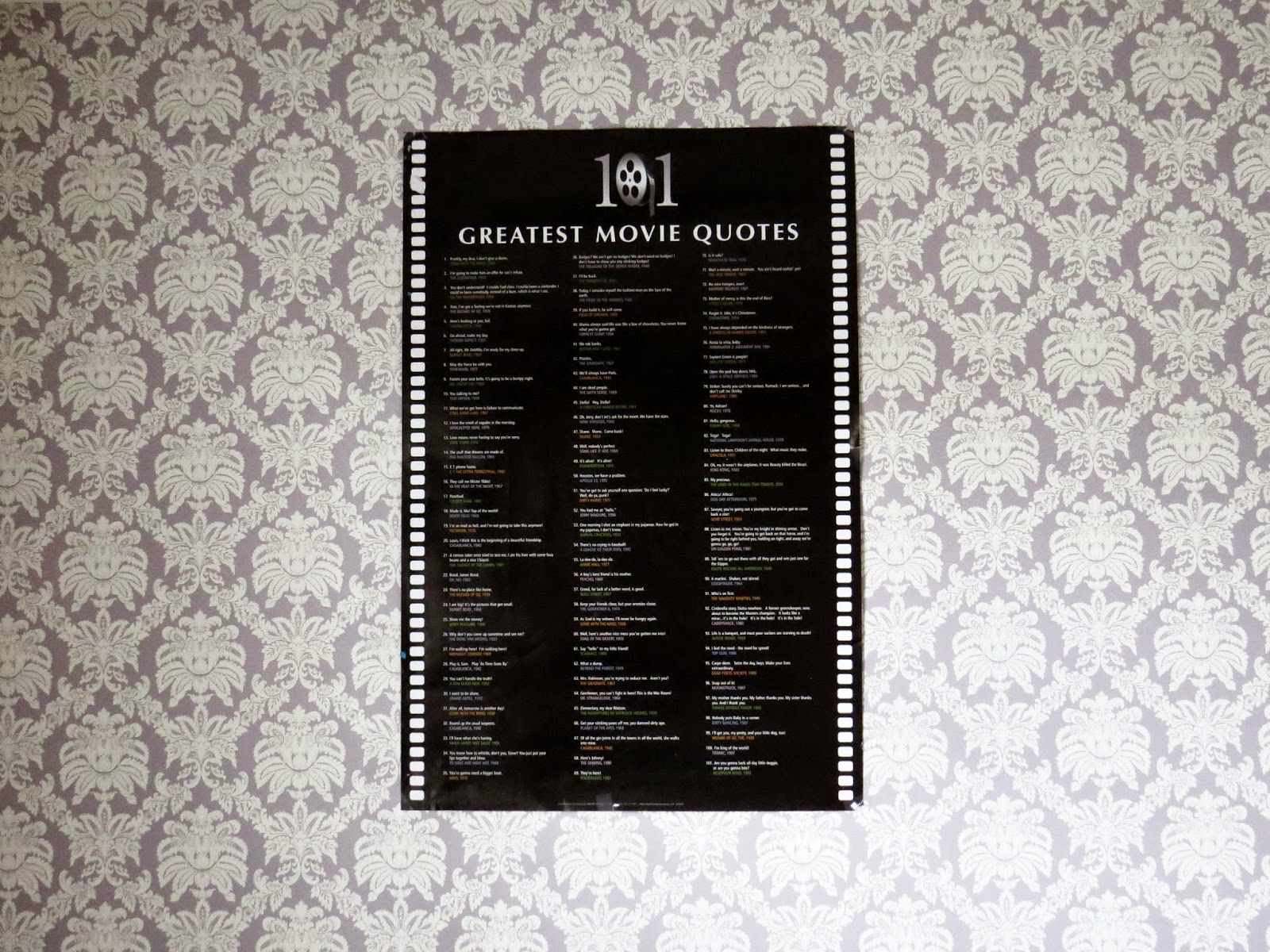 If you’ve been with me this far, you know I have a thing for quotes. That’s why, many moons ago, I bought this poster (mostly because of quote #101). Now, it is currently rolled up in my closet but I took a picture for posterity seeing as it was on my door for four years (pictured below) and on my closet wall for two. We’ve bonded.

When I bought it, I made it a goal to watch every one of the movies listed. Every one. And I’m not a big movie viewer. As of December 27th 2015, all the ones are from movies I’ve seen and remember, ones italicized are ones I’ve seen but don’t remember (i.e.: we watched it in grade 10 religion class over three days and with a substitute that left every ten minutes) and intend on re-watching. Obviously if it is not italicized or striked, I have not seen it yet. My goal is to watch all of them before the end of 2016 so I will post an update in the new year! 🙂

My Experience at (Canada’…

How To Get Over …